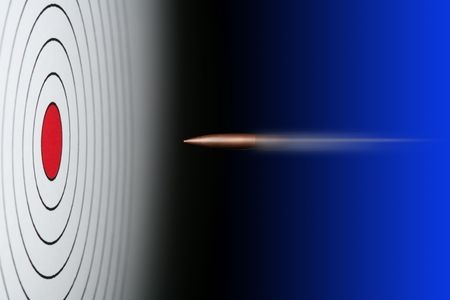 If they’re smart they will! Export regulations are hitting the German based manufacturer hard. The German Economic Minister, Sigmar Gabriel, reported that sales of German armaments fell by 700 million euros ($900 million) in the first six months of 2014, including a 90 percent drop in small arms. The prior year they ranked third largest globally. That’s a tough beating to take on your annual sales even if you are one of the largest arms manufacturers in the world. Regulations are likely to continue in Europe, so Germany’s top industry player may seek to expand operations in other places. The United States is a likely place, as they already have operations here.

Growing is hard in slower economic times, acquisition gets results that organic growth methods just can’t deliver. This is true not only in small arms manufacturing, but other sectors as well. Smart companies are turning to acquisition to fuel growth.   When an acquisition has the added benefit of intellectual property and unique products it becomes even more attractive.

Could something new in their product line-up be the answer that delivers increased sales AND an edge on the competition? It can if the product is something the competition simply doesn’t have. Every gun manufacturer has THEIR version of what everyone else has.   (Perhaps with some variation, but practically the same.)  What if the acquisition includes products unique to the market? Would that not accelerate growth? Could a new product in the arsenal be the thing that sparks new growth? The problem with corporations who become as large as H & K is that endless committee layers, departments and approvals stall innovation.   Companies, like people, get more resistant to change as they age.  They forget the innovative spirit that birthed them.  Smart companies sometimes seek to bypass their corporate protocols to inject life into the stalemate, and in the process kill two birds with one stone, (or tactical rifle), – sales AND innovation.

What kind of company might fit the bill, and would it not be price prohibitive?   After all don’t US small arms companies sell in the tens or hundreds of millions?  They sure do, but what about a startup?  Would a start up be too risky?  That depends on who’s doing the starting.   What if the founder was a seasoned professional whose prior company and patents had been acquired by an industry giant?  What if his new start-up had a few years under its belt with revolutionary products never before seen by the industry?  What if the company grew almost 250% over the prior year?  It doesn’t sound so risky does it?  This actually presents as a smart investment for a company like Heckler & Koch.

If there is any question, lets add one more benefit.  The founder of this innovation powerhouse will provide first and last right of refusal on new inventions to the company that acquires the current patents and takes over production.  It’s like having an R&D department that you don’t have to pay for the next 20 years, with the added benefit of only picking the products that you really want.  H & K is not the only company that might benefit from such an acquisition.   Sturm Ruger, Glock, Colt, Christensen Arms, Armalite, Armscor and Smith & Wesson are a few others that should seriously consider the combination of increased sales and innovation that the acquisition of our exclusively listed client might bring.

AcceleratedMfgBrokers.com specializes in the sale of manufacturing companies throughout the United States.  We have several listings of small arms manufacturers including an innovative tactical rifle manufacturer and a patent pending, industry disruptive new technology for lightweight gun barrels. To learn more contact us today!