The highly anticipated workforce exodus of the baby boomer generation is upon us.

Manufacturing Companies Are Feeling the Impact of Their Veteran Workers’ Goodbyes

And the regular cycle of workers out, workers in, is out of pace. Reports, articles, and studies about the ever-worrisome skills shortage in the manufacturing industry can be found left, right and center. It’s a reality that is staring most U.S. manufacturing companies in the face. And now, the outflux of baby boomers is making it even more difficult to bridge the talent gap. The fact is, this crisis is absolutely winning the staring contest.

An Industry Week article examines three U.S. manufacturing companies that have prepared for the wave of retirement that is eroding their seasoned workforce. 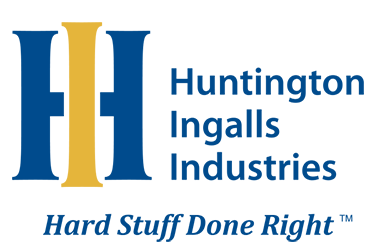 A shipbuilder in Newport News, Virginia that makes nuclear aircraft carriers and submarines for the U.S. Navy saw two big outflows of workers, baby boomers, well before most US manufacturers: Defense budget cuts in 1990 and in 2005 with the disastrous Hurricane Katrina. The spending cuts and hiring freezes left the leaders of Huntington Ingalls with a mission to fix the hole. In early 2000 and en route to tackling the demographic crater, Huntington Ingalls was barreled over by Katrina. These two whammies left Huntington Ingalls with stats that looked like this:

In an off-balanced workforce position, the company’s leadership team responded by making major investments in training:

They began studying the company’s work crews to isolate the factors that made some crews successful and others less so, and they learned that having an effective, well-trained foreman — regardless of that person’s age — was far more critical than having veteran leadership per se. So they began to put greater emphasis on leadership training — and training of foremen in particular — within the company’s overall training mix.

Bill Ermatinger is the Corporate Vice President and Chief Human Resources Officer and points to the investment as a real eye-opener and game-changer:

As a result, we really started to put our energy into accelerating the training of our first-line leaders. We’ve concentrated on that, and it has made it easier to get everyone else on board and pulling in the same direction. We’re seeing a wonderful performance. We’re making ships of the highest quality, with a workforce that’s still relatively inexperienced: 73% have less than 15 years. There’s only one way to explain it: our investment in leadership development.

The Raymond Corporation, located in Greene, N.Y. makes warehouse material-handling equipment and has seen a 4-5% disappearance of its workforce over the past two years. Raymond Corp. expects this stride to continue for the remainder of the decade. That’s a problem for an organization that has historically retained a “lot of long-serviced, highly capable and competent individuals who contribute at a high level.”

The Raymond Corporation plans to tear into this critical issue with a number of strategies: Recruiting, retaining and developing talent by way of individual career development plans, targeted and situational learning, and cross-functional mentoring.

In order to attract a new generational workforce, visibility is key. Raymond Corp. achieves this through community involvement and partnerships, whether it’s at the high school level, technical colleges, universities, or graduate schools. After courting the talent, the focus then is on how to retain and develop it. Steve VanNostrand, executive vice president of human resources points out that: At the end of the day, it’s about enhancing the skills that will prepare you for the future. We have a particular focus on accelerating leadership skills to make sure we’ve got that next generation of leaders prepared as we begin to lose our more seasoned people.

Over the last three years, Raymond Corporation has nearly doubled its workforce and has been able to fill 85% of the key positions that have opened up by promoting from within. VanNostrand knows there are many ways for a company to build a bridge to the next generation. According to him the best way to score blue-chip people and then directing energy around how to make them successful over the long term is not so much the methodology as it is focus, execution, and discipline.

Hypertherm saw the tragic face of the skills shortage almost a decade ago. This Hanover, N.H.-based maker of cutting systems for manufacturers and shipbuilders was having trouble finding skilled machinists to operate its advanced CNC machines a good 8 years ago. In 2006 they projected that in order to keep up with demand they had to more than double the machine operators on the floor. CEO Dick Couch knew that Hypertherm couldn’t continue its menial method of having each new operator shadow an experienced associate (baby boomer) on the plant floor.

In 2007, The Hypertherm Technical Training Institute was born. Hypertherm made a major capital investment in an internal training center and Couch describes it as an:

…”immersion-style” education program aimed at taking promising high school graduates with little or no machining experience and converting them into skilled machinists over a nine-week training period.

In 2009, Hypertherm partnered with New Hampshire’s community college system so that students who complete the company’s program can earn college credit toward an associate’s degree and a machine tool technology certificate.

Although the training center was put into place to address a different problem, it has also served as a preemptive aid to the related issue of workforce retirees that continue to increase at Hypertherm. So, in essence, they are recruiting skilled machine technologists to grow the business AND replace the baby boomer workers who have left.

What’s more, Hypertherm’s training institute has become so successful, they have opened it to other employers in a collaborative effort to advance and expand the skill level of CNC operators in the area. This is a company that looks over the heads of business competition to find there’s more of a reward in servicing the greater good of securing the manufacturing industry’s future.

At least for these three companies, the moral of the story certainly mandates education.

The baby boomer exodus and lack of talented potentials are a one-two punch that burdens US manufacturing.

Wise manufacturing companies have a strategy to combat these obstacles. Have you experienced either or both of these critical matters of contention and if so how has it affected your business and what do you plan to do? Tell us your version, present your game plan, give some suggestions on overcoming the baby boomer exodus, and maybe we’ll write your story!