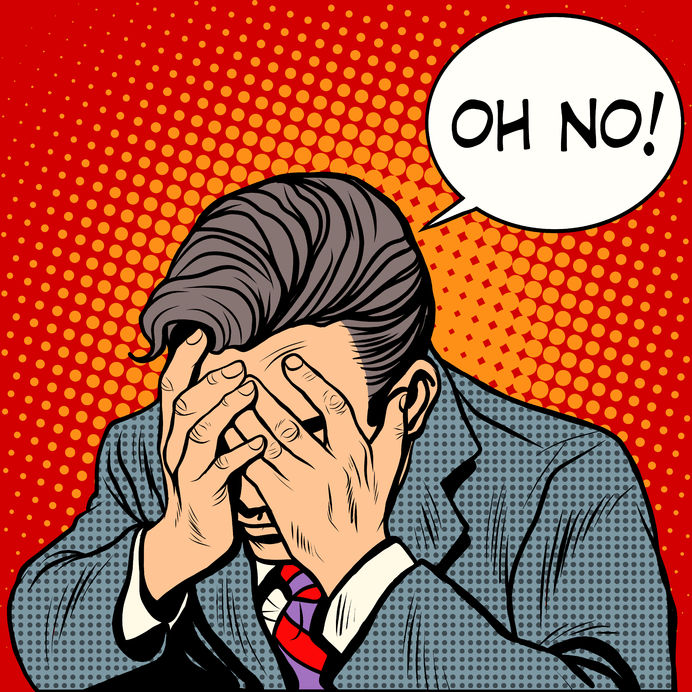 Can an acquisition consultant help or hurt?

Here's some background about the buyer

It was the acquisition this buyer had been seeking for some time.  His employer was a sales and marketing powerhouse. Chuck, (we purposely changed his name) knew that he had made his employer a boatload of money over the years.

Chuck was the epitome of our typical buyer.  He was a 50-something executive leaving corporate America to build something for himself over that next decade before retirement.  The sale of the company he would buy and build would be his parachute into retirement.

Chuck approached acquiring a company in a very organized fashion; in fact, more than most. He sought a manufacturing company that would play to his strengths. It had to be product-based, but he wanted it to be a sleeper in the area of sales and marketing. With many retiring manufacturers, the “sleeper” part is not too hard to find.

Often the retiring founder’s sales are more reactive than proactive. The business has usually provided a great living, but on the approach to retirement the seller may simply want to coast, without expending too much effort.

In some cases, a new owner implementing basic best business practices in the area of sales and marketing can have a dramatic effect on the bottom line. This is precisely the type of manufacturing company Chuck sought to acquire.

Chuck also gave a lot of thought to where he wanted to make the acquisition. Most people will acquire within the geographic range they currently live and work in. The why of that can be both access to their trusted business network and their ties to the community where they established their family and raised their children.

However, for those who have spent a good portion of their careers traveling, or they’re empty nesters, those ties to geography are emotionally easier to break. In Chuck’s case, both of these applied. He and his wife decided that the best-case scenario would be to find an acquisition near the area they wanted to retire. He was tired of traveling, their kids were on their own, and they didn’t want to have to move twice, once to acquire and once to retire.

So far so good for all parties

The problem was where they wanted to retire.  It would be next to impossible to find an appropriate manufacturing company acquisition that had all of the criteria they wanted. Their target retirement place was a beautiful, and some would say, an enchanted island off the coast of one of our Southeastern states. The chances of finding the right business in the right geographic location were slim.

The couple gradually expanded their geographic search and was frustrated with the process. Then it happened. Chuck saw an ad for a manufacturing business located in the Southeast that seemed promising. He raced through the vetting process so that he could learn WHERE this company was. At first glance it was too good to be true – it was within 15 minutes of the enchanted island and it had all of his search criteria.

The Accelerated Manufacturing Brokers team met with Chuck, his wife, and the client. It seemed like the perfect fit. No red flags on either side and an LOI was soon submitted. The LOI came in lower than expected, but the Seller believed the business would do well under Chuck’s leadership. They also believed that the company legacy would be respected and the employees would have opportunity into the future. Yes, they were getting a bit less than expected, but all of their other “hot-button” issues were addressed by the person we’re calling Chuck.

The deal is moving along with no snags... YET

What happened next should give pause to every buyer in an M&A transaction that’s considering enlisting the help of a consultant to assist with the acquisition. Document production went smoothly and the Seller responded to every request in a timely manner. This deal would sail through the underwriting process. There were no inappropriate add-backs and had thoroughly clean books.

The first hint of trouble was the “consultant’s” communication with the Accelerated Manufacturing Brokers, Inc. lead agent on this account. In conversation with her, the consultant “confused” the debt service coverage ratio required by the lender with the multiple applied to cash flow to establish an appropriate purchase price. How could a professional hired to consult on an M&A transaction this size not know the difference? It was bizarre. In reality, what he was likely doing was checking the lead agent’s industry knowledge and backbone.

The next round of negotiation was the purchase and sale agreement. Although we had to work out some issues, it went very well.  The purchase and sale agreement was negotiated toward the end of due diligence; so, it seemed that all issues had been resolved and we were heading towards a speedy closing. The bank underwriters had been given everything they needed and the due diligence process was happily uneventful.

What went wrong - was it the Acquisition Consultant?

In the end, this listing was sold to someone else. The acquisition consultant encouraged the buyer to make an 11th-hour power play to reduce the purchase price by $250,000. Of course, they blamed it on the bank and the underwriters. They expected both the broker and the Seller to believe that the bank wouldn’t close the loan unless there was a quarter of a million shave off the purchase price.

My firm’s immediate response was, “if that’s true, you’re using the wrong bank, and we can assist with better lender choices who will move quickly.” The buyer’s response was that he would not buy the business with any other bank. The comeback was, “well, then you might not be buying this business.” I say “might not” because it’s never the broker or M&A advisor’s choice to kick a buyer to the curb who has pulled a power play. Only the Seller can make that decision, and hopefully, they are well informed when they do.

It’s never fun when you have to explain a situation like this to a Seller. The logical questions are:

That was not the issue. This was a power play. In situations like this, we hold our breath, hoping the client will make the right decision. In this case, there were several shareholders. The majority shareholder was the widow of the founder, a sweet and delightful southern woman. The company continued to run 10 years after his passing, so a lack of leadership was not an issue.

As expected, we were asked all of the above questions and answered honestly. In answer to the last question, sometimes you simply can’t see it coming. In this case, we had an accurate understanding of what we were selling and its value. We knew it was a quality company that buyers would want. We were thrilled when the shareholders decided to kick this buyer and his consultant to the curb. Had both buyer and consultant been smarter, they would have left room for a good backpedal into a different finance company to save the deal.

The finance company we would have recommended funded the deal for the new buyer without issue. There was never a problem with the funding; it was a pure power play. They made an absolute demand – “reduce the price or else.” They inappropriately calculated that we could not provide our client with other options. They miscalculated my firm’s desire or need for a quick closing and the strength of the backbone of a sweet and petite southern woman with a delightful southern drawl.

The decision paid off for our client with a full list price offer in a short period of time from a more charming, honest and equally professionally and financially qualified buyer. This buyer will start the New Year in his new town at the helm of his newly acquired company. He’ll live and work in paradise on the approach to his own retirement.

There are so many lessons in this story for buyers, sellers, and brokers. Consider the following:

We are thrilled for our client, thrilled for the ultimate buyer and ecstatic about the American manufacturing jobs that are being saved by this company changing ownership to a new generation of entrepreneurs.  That is what we are Passionate about.  Do you have an M&A nightmare story? We’d love to hear from you with your comments below.